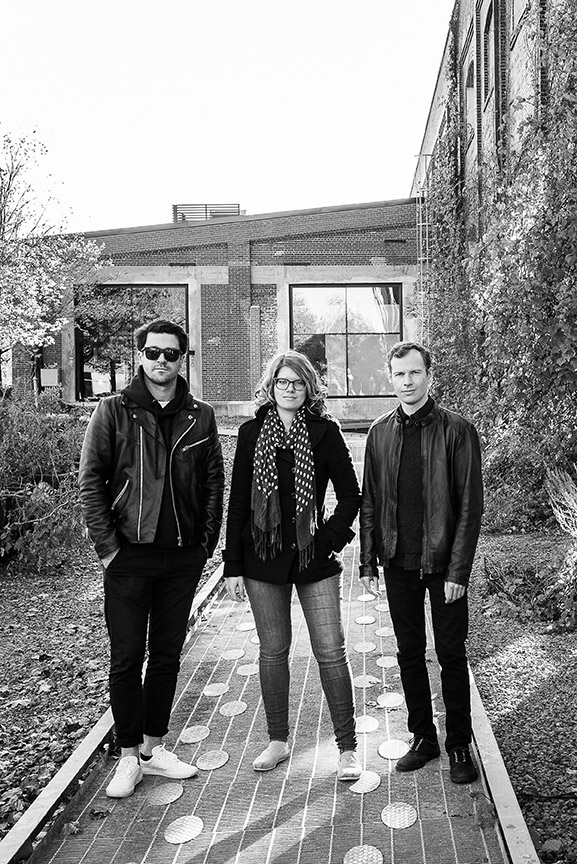 Winner of the Stingray Rising Stars Award at the 2018 TD Halifax Jazz festival, of l’ADISQ’s 2015 Félix for jazz album of the year for their 3rd album Quantum, and jazz album of the year at the 2013-14 Prix Opus for their preceding release, Transit, the Emie R Roussel Trio has experienced a dizzying ascent since 2010, and is now a power to be reckoned with on the Canadian jazz scene. With Emie R Roussel on piano (Révélation Radio-Canada Jazz 2014-2015), Nicolas Bédard on bass, and Dominic Cloutier on drums, the trio delivers creative and captivating jazz with passion and undeniable chemistry. Having also garnered a special mention from the TD Grand Jazz Award jury at the 34th Montreal Jazz Fest and having won the Audience Choice Award at the 2013 Festi Jazz International de Rimouski, the group has not only been doing more and more concerts in Canada, but has begun making its mark around the world, earning praise in eleven countries and on four continents. During a 2014 tour of Australia and New Zealand, they performed at the Melbourne Women’s International Jazz Festival and in the cities of Sydney, Brisbane, Auckland and Wellington. In 2015, the trio went on a European tour that took them to Italy, Estonia and France; they also presented Quantum in the United States and in Mexico. In the fall of 2015, the Emie R Roussel Trio was back in Europe at the invitation of two festivals, the Éclats d’Émail in Limoges and the Jazzy Colors in Paris. In 2016, following an invitation by the Canadian Independent Music Association (CIMA), the trio performed a concert during the Jazzahead festival in Bremen, Germany. A few months later, the trio completed a first Japanese tour with five concerts in Tokyo and Yokohama. In the fall of 2016, the group embarked on a third European tour, performing at the famous Duc des Lombards in Paris, at the Festival Jazz à Verviers in Belgium, as well as in Torino, Italy. In June 2017, the trio was back in Oceania for a second Australian tour presenting their music in Sydney, Brisbane and Cairns. In March 2018, the trio embarked on a 4th European tour of 7 concerts that took them to France, Italy and Belgium. The trio’s fourth album, Intersections, was released in September 2017 and was nominated for the l’ADISQ’s 2018 Félix for Jazz album of the year and at the 2019 Prix Opus. The concert Intersections also received a nomination at the 2019 Prix Opus in the Concert of the Year – Jazz category. In April 2019, the Emie R Roussel Trio had the honor of being one of eight groups outside Europe selected to present an official showcase during the “Overseas Night”, an event held during the 2019 prestigious festival JAZZAHEAD! in Bremen, Germany. In February 2020, ten years after its creation, the Trio launched its 5thalbum, Rythme de passage, while on their 5thEuropean tour, during which the group namely performed for the first time in Sweden, as part of the Stockholm Women’s International Jazz Festival. Rythme de passage was nominated for the l’ADISQ’s 2020 Felix of the Album of the Year – Jazz and at the 2021 Juno Awards in the Jazz Album of the Year: Group category.

Originally from the south shore of Montreal (Quebec, Canada), and an adopted resident of Rimouski, Emie Rioux-Roussel discovered the fascinating world of music through her parents, themselves musicians and singers. She began studying classical piano at the age of 5 and continued lessons until she was 13. After a complete two-year break, she decided to follow her instincts and her love of improvisation to begin studying jazz with her father, jazz pianist Martin Roussel. He would be her mentor until she started college studies at Cégep de St-Laurent under the guidance of Lorraine Desmarais. She completed her diploma in jazz piano performance and was awarded the college’s “Very High Distinction” grant. In 2008, Emie made her entrance at Université de Montréal in jazz piano performance with Luc Beaugrand, and completed her bachelor’s degree in May 2011. Since then, she has been a teacher and accompanist for the Jazz-Pop program at Rimouski College, Quebec. In spring 2014, she was named Révélation Radio-Canada Jazz 2014-2015. In June 2015, she won the CALQ Award – Creator of the Year – in the Bas-St-Laurent region. Since 2016, she is a Canadian Nord Artist (Keyboards).

Emie has been fortunate to share the stage with several renowned Canadian musicians over the years. Among them, she had the occasion to play with saxophonist Yannick Rieu and singer Elizabeth Shepherd during a show at the 35th Montreal Jazz Fest, recorded by Radio-Canada and broadcast on Ici Musique radio. In June 2014, she has been guest pianist for an episode of the TV show Pénélope Mcquade on Radio-Canada. 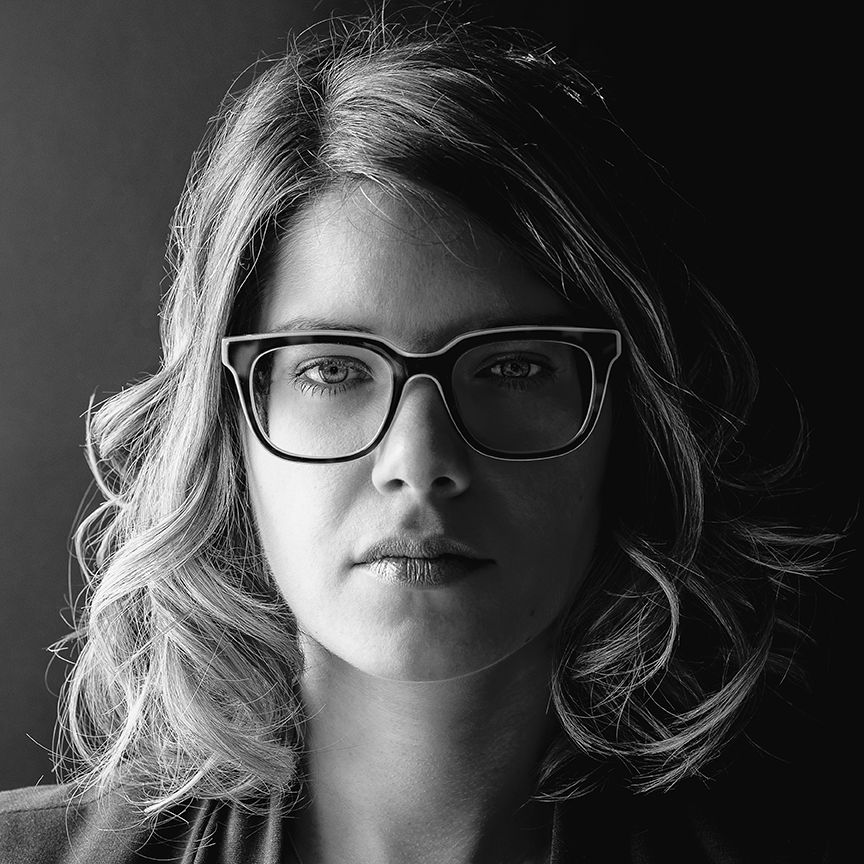 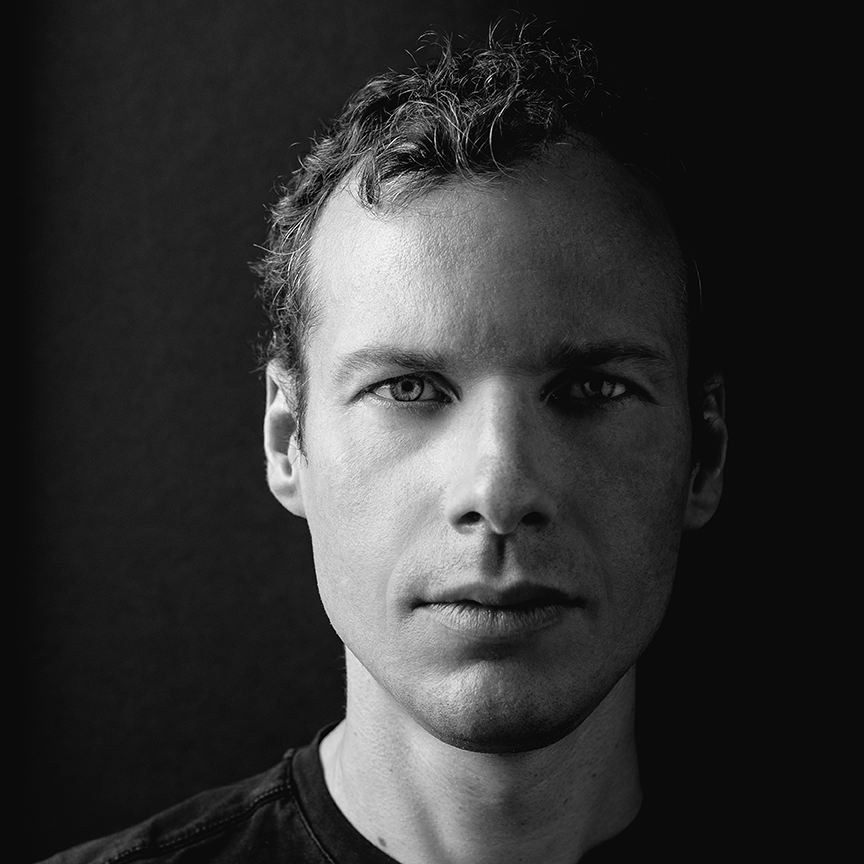 Nicolas Bédard began studying music in Quebec City under the direction of bassist Antoine Daignault. After his collegial studies, he continued his training at McGill University, with such renowned professors as Fraser Hollins, Remi Bolduc, Jan Jarczyk and Joe Sullivan as teachers. He completed a bachelor’s degree in jazz performance there in 2009, and his master’s degree in 2014. His professional career got off to a strong start, notably as a member of the funk group Grooveattic, and the jazz trio Chicago Goes West, with whom he performed in the United States and Western Canada. In recent years, Nicolas has taken part in numerous projects, including the Rafael Zaldivar Trio, Makaya, and Trio Bruxo. Since 2012, he has been the bassist of the Emie R Roussel Trio, winner of the 2013-2014 Prix Opus, and of a l’ADISQ’s 2015 Felix for Jazz album of the year. Nicolas has performed throughout Europe, North and South America, and Oceania, on both electric bass guitar and acoustic upright. In addition to his career as a performer, Nicolas has given numerous master classes in both the United States and Canada. He is currently teaching jazz bass at Laval University (city of Québec) and since 2013, he has taught electric bass and acoustic jazz bass at the Cégep de Rimouski. His broad work experience has led him to master a wide range of musical styles, from jazz to rock to funk and Latin. Nicolas Bédard can be heard on the following records:

A music-lover from his earliest childhood days, Dominic discovered his passion for drums at the age of ten. A member of numerous bands throughout high school, he went on to study music in college, completing a technical diploma in musical arrangements at the Cégep d’Alma under the tutelage of Marc Bonneau and Richard Dallaire. He pursued his training with drummer Paul Brochu at the University of Montreal where he earned a bachelor’s degree in jazz interpretation. After his academic journey in Quebec, Dominic headed to New York to hone his skills during a four-month period at the Drummer’s Collective, studying with Kim Plainfield, Nathaniel Townsley and Marko Djordjevic. Upon his return, he began a career as a freelancer, playing for numerous groups and artists including Dan Bigras, Jean-Pierre Ferland, Le Show du Refuge, Yves Duteil (in Quebec) and many more. He also participated to shows such as La Mélodie du Bonheur, Footloose, Fame and Mamma Mia. Dominic’s passion for music goes beyond any particular style, and drives him to ceaselessly develop his creativity. He has been the drummer for the Emie R Roussel Trio since 2012, with which he won the 2013-14 Prix Opus for Jazz album of the year for the album Transit, and l’ADISQ’s 2015 Félix for Jazz album of the year for the album Quantum. Over the years, his work with the trio has brought him to eleven countries on four continents. 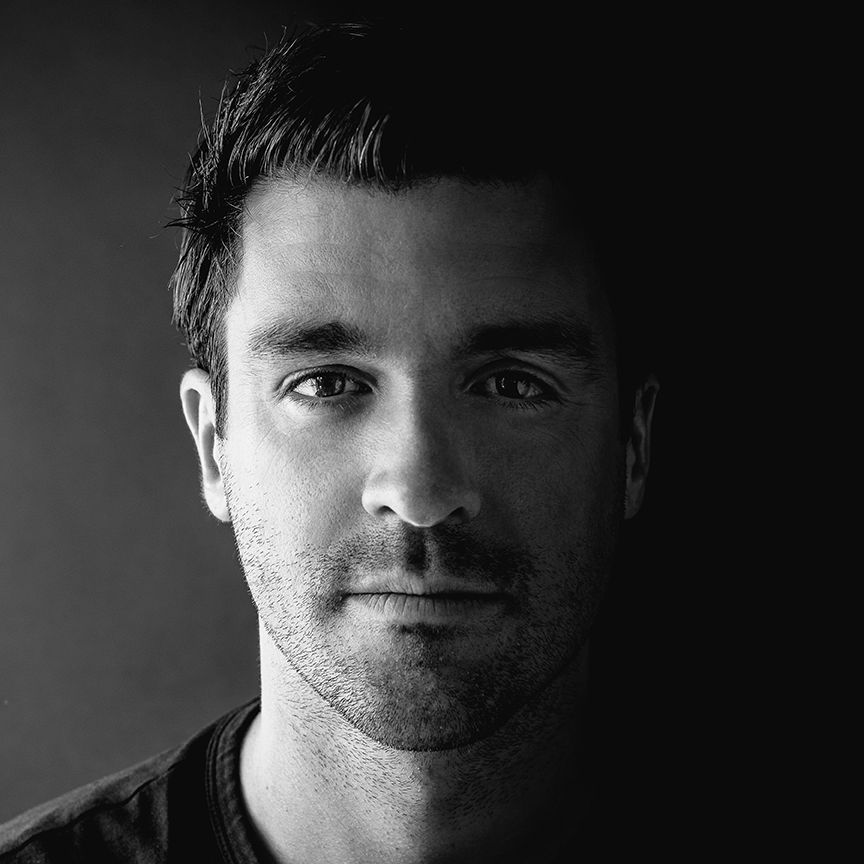